“Franciscans of the Immaculate: ideas imposed by decree” Yes, even “mercy”, without holiness and justice, becomes injustice 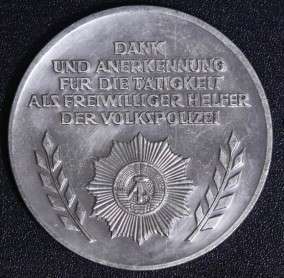 Some days ago, the Carabinieri arrived at the home of Francesco Colafemmina, one of the most assiduous Catholic writers on sacred art, with a summons for him and his wife on an apparently serious judiciary charge. It regards an accusation made by Father Alfonso Bruno of the Neo-Franciscans of the Immaculate, against the blog “Fides et Forma”, of which Colafemmina’s wife is the user-holder.

It would appear that the blog is guilty of having criticized too harshly the intervention of the Franciscans of the Immaculate, and in particular Father Alfonso Bruno , defined as “ a traitor” because of his “turn-about” against the founder of the Institute, Father Stefano Maria Manelli. Anyway, it is enough to skim through the pages of Carlo Manetti’s book, Franciscans of The Immaculate, a case for debate, (Fede &Cultura) to see just how many stinging criticisms there were ( and continue to be) against Father Alfonso Bruno and the Commissioner Fidenzio Volpi.

Democracy is also this: freedom to express one’s opinions, plainly, and at times, unpleasantly, to those who are not fond of debating. A characteristic of totalitarian regimes is instead, shutting the dissenters up and handing them over to the State for rehabilitation. With the decline of the 20th century totalitarian regimes, we are now living today under the dictatorship of relativism. Relativism, by its very nature, imposes an authority which it denies, and represses a freedom which it affirms. All of this is obvious. What is new instead, is that churchmen, of both low and high rank are adhering to the rules of this dictatorship of relativism. Instead of putting themselves on the level of discussing ideas, they want to impose ideas by decree.

The ones that are extolling ecclesiastical democracy and want to make of the Church a parliament open to all kinds of things, are demanding the intervention of civil justice, as a secular arm in the silencing of their adversaries.

The same thing happened in May of last year when the Rector of the Capranica College, accused “Corrispondenza Romana” ‘s Director of defamation, and as a consequence obtained the removal of an article considered defamatory on the uses and morals of the College (the case is still going on). The same thing is happening today with Padre Alfonso Bruno’s accusation against Francesco Colafemmina. The same thing, predictably, will continue to happen. What is being prepared is an ecclesiastical regime based on the political use of the law.

Within this perspective there is the plan (which has been spoken about for some time) to unify the Tribunals of the Apostolic Signatura, the Roman Rota and the Apostolic Penitentiary into a sort of new Ministry of Justice for the Church. In such a way the judiciary function would be assumed by the executive one and the role of the Tribunals would be made futile as they would be subjected to the centralized power in the new bureaucratic organisms.

Totalitarian regimes, historically, have been characterized by the absorption of judiciary action into political action, and of the extra-legal use of justice to ban, isolate and deprive opponents of their rights.

Do churchmen want to go down this road? If power is exercised in a discretionary way, it is transformed into abuse. Even mercy can become arbitrary and sometimes brutal, when it is denied its judiciary and truth-based conditions. But, mercy without justice is transformed into an absence of justice, in other words – manifest injustice.

Being faced with this eclipse of Truth and justice we cannot remain silent.