(http://rorate-caeli.blogspot.com) All the analysts highlighted the failure of the French security services on that tragic day of November 13th. The primary cause of this failure, more than inefficiency, is related to the  French political and administrative class’ cultural inability to go back to the profound causes of terrorism and of the proper remedies to combat it. END_OF_DOCUMENT_TOKEN_TO_BE_REPLACED

De Mattei: The Pharisees and Sadducees of our time 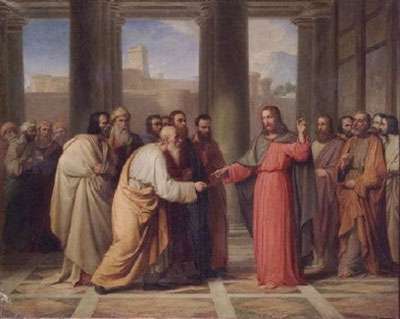 (rorate-caeli.blogspot.com) Criticizing the “Pharisees” is recurrent in Pope Francis’ words. In numerous discourses, between 2013 and 2015, he has spoken of “the sickness of the Pharisees” (7th November 2013), “who rebuke Jesus for not respecting the Sabbath” (1st April 2014), of “the temptation of self-sufficiency and of clericalism, that codification of the faith in rules and regulations, as the scribes, the Pharisees, the doctors of the law did at the time of Jesus” (September 19th 2014). END_OF_DOCUMENT_TOKEN_TO_BE_REPLACED