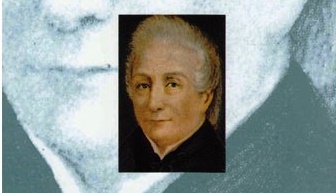 “Russia will become Catholic.” This inscription was affixed to the tomb of Father Gregory Augustin Maria Shuvalov in the cemetery of Montparnasse in Paris. The Russian Barnabite has sacrificed himself for this purpose.

Count Grigorij Petrovič Šuvalov was born in St. Petersburg on October 25th 1804 of an old and noble family. One of his uncles, a general in the army, was in charge of accompanying the defeated Napoleon to the Isle of Elba and another of his ancestors had founded Moscow University. He studied in St Petersburg’s Jesuit College from 1808 to 1817, until the Jesuits were expelled from Russia and he continued his studies first in Switzerland, then in Pisa, where he mastered the Italian language. He was however, influenced by the prevailing materialism and nihilism in the liberal circles which he frequented at that time. Nominated by Czar Alexander I officer of the Hussar Guards at the age of 20, in 1824, he married Sofia Soltikov, a profoundly religious woman, Orthodox, but “Catholic in heart and soul”, who would die in Venice in 1841. With her he would have 2 children: Peter and Elena.

Sofia’s death moved Šuvalov to study religion. One day he came across the Confessions of St. Augustine: they were for him a revelation: “I would read them continuously, I would copy entire pages of them and draft long extracts. His philosophy filled me with good desires and love. What transports of contentment I found in that great man; sentiments and thoughts until then that had been sleeping in my soul and were reawakened by that reading.”

Moving to Paris, Count Šuvalov frequented a group of Russian aristocrats who had converted to the Catholic Church, thanks chiefly to Count Joseph Maistre (1753-1821), who, from 1802 to 1617 had been Ambassador for the King of Sardinia in St. Petersburg. Among these aristocrats were Sophie Swetchine (1782-1857), Prince Ivan Gagarin (1814-1882) and Prince Theodore Galitizin (1805-1848). The latter, realizing his friend’s deep spiritual crisis, helped him to find the truth again, by suggesting the reading and meditation of Du Pape by Joseph de Maistre. In reading the Count’s work, Šuvalov understood how the primary mark of the Church was unity, and that this demands a supreme authority, who can be no other than the Roman Pontiff. “Lord, You say: My Church, not my Churches. On the other hand, the Church must conserve the truth: but the truth is one only; therefore the Church can only be One. (…). When I knew that there could only be a one true Church, I understood that this Church must be universal, that is Catholic.”

Šuvalov went to Notre Dame every evening to listen to the sermons of Francis Saverio de Ravignan (1795-1858), a learned Jesuit who would become his spiritual guide. On January 6th 1843, the Feast of the Epiphany, Šuvalov abjured Orthodoxy and made his profession to the Catholic Faith in the Chapelle des Oiseaux. He sought however, a deeper commitment to the Catholic cause. Through a young Italian liberal, Emilio Dandolo, encountered by chance on a train, he was introduced to Father Alessandro Piantoni, Rector of the Longone College of the Barnabites in Milan, which in 1856, welcomed him into the novitiate of the Barnabites in Monza, with the name Agostino Maria.

In the order founded by St. Anthonio Maria Zaccaria (1502-1539), he found an atmosphere of deep spirituality. He wrote to Father Ravignan: “It’s like being in heaven. My fathers are all saints, the novices all angels”. Among his young confreres there was Cesare Tondrini de’ Quarenghi (1839 – 1907), who, more than anyone would inherit his spiritual legacy. On September 19th 1857, Agostino Šuvalov was ordained to the priesthood in Milan by Monsignor Angelo Ramazzotti, the future Patriarch of Venice.

On the day of his ordination, at the elevation of the Chalice, he raised this supplication to God: “My God, make me worthy of giving my life and blood in union with Yours for the glorification of the Blessed Immaculate Virgin, in the conversion of Russia.” This was his life’s dream, which he entrusted to the Immaculate, and which Pius IX proclaimed as dogma on December 8th 1858. Received in audience by the Pope, Father Šuvalov told him his desire to dedicate his life to the return of schismatics to the Church of Rome. At this memorable encounter: “Pius IX spoke to me of Russia with the faith, the hope and conviction which had the words of Jesus as suppot, and a burning charity which moved him, when thinking of his children lead astray: the poor, willing orphans. These words of his inflamed my heart.”

Father Šuvalov declared himself ready to sacrifice his life for the conversion of Russia. “Well then, – the Holy Father then said – repeat this protestation three times a day in front of the crucifix; you can be certain your desire will be realized ”.

Paris was the sphere of his apostolate and immolation: there he did his utmost, tirelessly winning over countless souls and giving life to: The Association of Prayers for the Triumph of the Blessed Immaculate Virgin in the conversion of the Eastern Schismatics, especially the Russians, to the Catholic Faith (commonly called The Work of Father Šuvalov). Pius IX, approved it with a brief in 1862 and Father Cesare Tondini was its untiring propagator.

Father Šuvalov, however, had died on April 2nd 1859. He had just finished writing his autobiography, Ma conversion et ma vocation (Paris 1859). The book went through translations and reprinting in the 19th century and was presented in a new Italian edition by Fathers Enrico M. Sironi and Franco M. Ghilardotti (My Conversion and My Vocation, Grafiche Dehoniane, Bologna 2004 ) and it is from this book we have taken our citations. Father Ghilardotti, additionally, did his best to bring back Father Šuvalov’s remains to Italy, which now rest in the church of “San Paolo Maggiore” in Bologna, built in 1611 by the Barnabite Fathers. At the foot of an altar surmounted by a copy of the Most Blessed Trinity by Andrei Rublev, the greatest of the Russian icon painters, Father Agostino Gregorio Maria Šuvalov awaits the Day of Resurrection.

In his autobiography, the Russian Barnabite writes: “When heresy threatens, when faith languishes, when customs corrupt and nations fall asleep on the edge of the abyss, God, who weighs everything, by number and measure, opens the treasures of His grace to reawaken them; He is now stirring in some obscure village, a hidden saint, whose efficacious prayer is holding back His arm ready to punish; He is now making a splendid light appear on the face of the universe, a Moses, a Gregory VII, a Bernard; He is now inspiring, for the concurrence of some miraculous fact, passing or permanent, the thought of a pilgrimage or some other new devotion, new perhaps in form, but in essence always ancient, a veneration both touching and wholesome. Such was the origins of the devotion to the Sacred Heart of Jesus, a devotion born in the midst of a thousand contradictions in a small cloister in the village of Paray-le-Monial.”

Such, we could add, is the origins of the Devotion to the Immaculate Heart of Mary, which Our Lady asked to be spread one hundred years ago in a small village in Portugal. At Fatima, Our Lady announced the realization of Father Šuvalov’s great ideal: the conversion of Russia to the Catholic faith. An extraordinary event that belongs to our future, and which will allow the mysterious words of Scripture which Father Šuvalov applied to his own conversion, to reverberate throughout the world: Surge qui dormis, surge a mortuis et iluminabit te Christus ((Eph 5, 14).