The Scandal of Silence 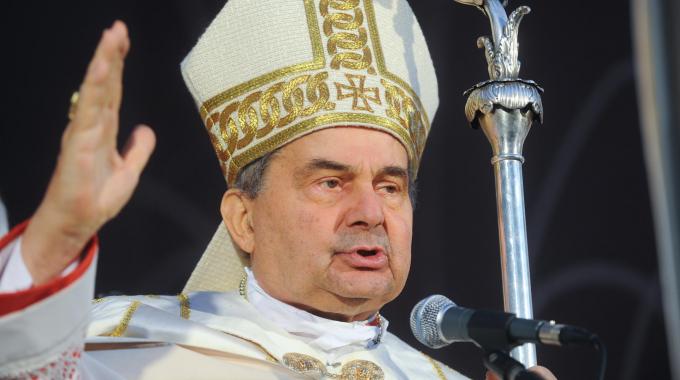 The four Cardinals, authors of the “dubia” concerning Amoris Laetitia, have made public through Sandro Magister’s blog  a request for an audience presented by Cardinal Carlo Caffarra to the Pope last April 25th, but just like the “dubia” it has received no response. The deliberate  silence of Pope Francis – who receives a good deal less relevant personalities at Santa Marta  to discuss issues of a good deal less importance for the life of the Church – is the reason for the publication of the document.

In this filial request for  an audience, the four Cardinals (Brandmüller, Burke, Caffarra e Meisner) reveal that they had wanted to explain the reasons for their “dubia” to the Pontiff and elucidate the situation of grave confusion and disorientation facing the Church, with particular concern for parish priests, “in primis” shepherds of souls.

Indeed, over the past year since the publication of Amoris Laetitia. “interpretations of some objectively ambiguous passages of the post-synodal Exhortation have publicly been given that are not divergent from, but contrary to, the permanent Magisterium of the Church. Despite the fact that the Prefect of the Doctrine of the Faith has repeatedly declared that the doctrine of the Church has not changed, numerous statements have appeared from individual Bishops, Cardinals, and even Episcopal Conferences, approving what the Magisterium of the Church has never approved. Not only access to the Holy Eucharist for those who objectively and publicly live in a situation of grave sin, and intend to remain in it, but also a conception of moral conscience contrary to the Tradition of the Church. And so it is happening — how painful it is to see this! — that what is sin in Poland is good in Germany, that what is prohibited in the archdiocese of Philadelphia is permitted in Malta. And so on. One is reminded of the bitter observation of B. Pascal: “Justice on this side of the Pyrenees, injustice on the other; justice on the left bank of the river, injustice on the right bank.”

There is no scandal nor rebellion in the fact that the Pope’s collaborators are asking for a private audience and that in their request, they describe with parrhesia, but also with objectivity the growing division in the Church with each day that passes. The scandal is in the refusal of the Successor of Peter to listen those who are asking to be received by him. More so since Pope Francis has wanted “welcome” to be the “trademark” of his pontificate, stating in one of his first homilies at Santa Marta (May 25th 2013) that “Christians who ask need never find closed doors”. Why then this refusal to give an audience to the four Cardinals who are only fulfilling their duties as advisors to the Pope?

The words of the Cardinals are filial and respectful.  We can presume then that their intention was to seek better “discernment” in Pope Francis’ plans with a private audience and if the case, address the Pontiff with a filial correction in camera caritatis.  Pope Francis’ silence in their regard is obstinate and disrespectful but in its persistence expresses the opinion of those  who move ahead with determination in their own way.

Seeing the impossibility of a private correction because of the inexplicable refusal of an audience, the Cardinals will now have to move ahead with decision in their way also, if they want to avert, that this silence in the Church be greater than their words.