The worldwide impact and significance of the Correctio filialis 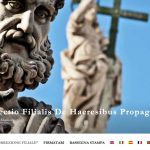 The “filial correction” addressed to Pope Francis by more than 60 priests and scholars of the Church, has had an extraordinary impact all over the world. There was no lack of those who tried to minimize the initiative, declaring the number of signatories “to be limited and marginal”. Yet if the initiative is irrelevant, why have its repercussions been so widespread in all the media outlets of the five continents, including countries like Russia and China? END_OF_DOCUMENT_TOKEN_TO_BE_REPLACED

The Seifert Case: Who is separating themselves from the Church? 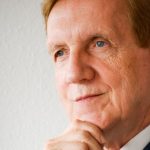 On August 31st, Monsignor Javier Martínez Fernández, Archbishop of Granada, after having suspended the Austrian philosopher Josef Seifert from teaching, he expelled him from the International Academy of Philosophy of which he is one of the founders, but today comes under the authority of the Archdiocese. END_OF_DOCUMENT_TOKEN_TO_BE_REPLACED