The Correctio filialis and the Laudatio of Pope Francis 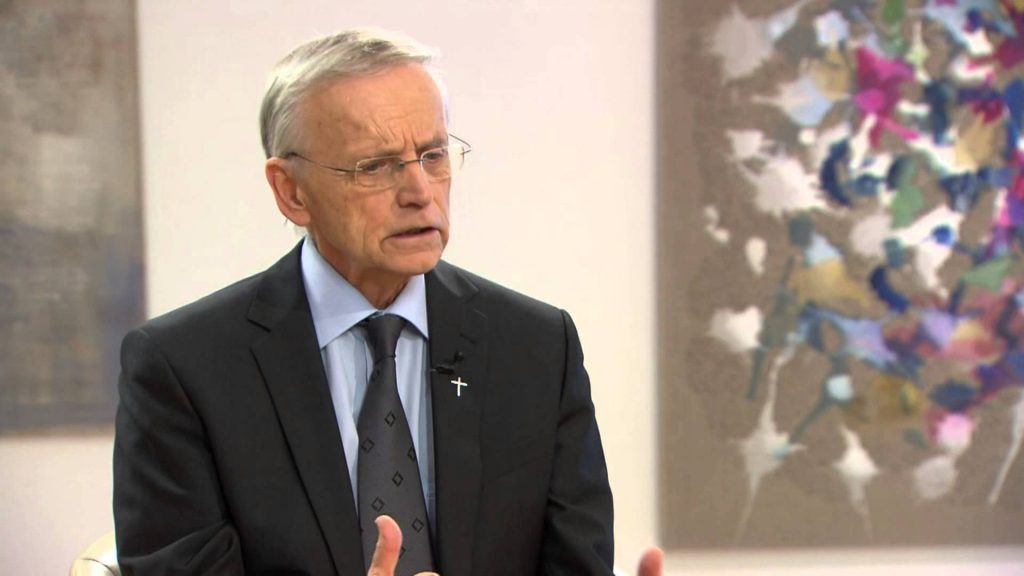 After three weeks the first organized response to the Correctio filialis has appeared: a Laudatio published on the web, signed by a group of priests and intellectuals prevalently from the Austrian-German domain. (http://www.pro-pope-francis.com/).

Who are the signatories of the Laudatio? One of them, the German Monsignor Fritz Lobinger, Bishop emeritus of Aliwal (South Africa), is the “father” of the expression “community priesthood” which he explained in the book Team of Elders. Moving beyond Viri probati (2007), wherein he hopes for an introduction in the Church of two types of priests, diocesan priests and those of the community; the former full-time celibates and the latter, married with a family, at the disposition of the community where they live and work.

Another signatory, Father Paul Zulehner, a disciple of Karl Rahner, is known in turn for his fanciful “pastoral futurology” (Pastorale Futurologie, 1990). In 2011, he supported the “appeal to disobedience” launched by 329 Austrian priests, favouring married priests, priestly ordination for women, the right for Protestants and the divorced and remarried to receive Communion and for the laity to preach and lead parishes.

Matin Lintner, is a Servite religious from Bolzano, teacher at Bressanone and President of Insect (International Network of Societies for Catholic Theology). He is famous for his book The Rediscovery of Eros. The Church, Sexuality and Human Relations (2015), in which he is open to homosexuality, pre-matrimonial relations, and his enthusiastic response to Amoris Laetitia, which, in his opinion is “a point of no return” in the Church. In fact, “we can no longer say that today there is a categorical exclusion from receiving the Sacraments of the Eucharist and Reconciliation for those in a new union, who don’t abstain from sexual relations. Of this there is no doubt, on the basis of the text of A.L. itself” (www.settimananews.it, December 5th 2016).

It is clear at this point that the deep division running through the Church is not between the detractors and fans of Pope Francis. The breaking line runs between those who are faithful to the immutable Teaching of Popes and those who are complaining to Pope Bergoglio for pursuing the “dream” of a new church, different from the One founded by Our Lord Jesus Christ.

You don’t need to be a historian to understand that we are experiencing a completely new phase in the life of the Church. We are not at the end of the world, but with regard to our age, we can apply the words of Our Lord, when He spoke of His return at the end of time, saying with sadness: “But yet the Son of Man when He cometh, shall He find, think you, faith on earth?” (Luke 18, 8).

The loss of faith, even on the part of men of the Church, is now quite evident. On January 27th 2012, addressing the Plenary Assembly of the Congregation for the Doctrine of the Faith, Pope Benedict XVI affirmed: “We are faced with a deep crisis of faith; a loss of the religious sense which constitutes the greatest challenge for the Church today. The renewal of the faith must therefore be the priority in the undertakings of the entire Church in our times.” This loss of faith, has today, the characteristics of a general apostasy.

Cardinal Robert Sarah, intervening at a meeting of the European Episcopal Conferences held in Trieste on November 4th 2013, affirmed that “even among the baptized and the disciples of Christ there is today a sort of “silent apostasy”; a rejection of God and the Christian Faith in politics, the economy, in the ethical and moral dimension and in post-modern Western culture.”

Cardinal Raymond Burke, for his part, in a homily delivered on October 13th 2017 at Buckfast Abbey, recalled how the message of Fatima “deals with the diabolical forces let loose in our time upon the world, entering the very life of the Church, leading souls away from the truth of the Faith and, thus, from Divine love, which flows from the Glorious, Pierced Heart of Jesus.”

Souls are being lost because language is ambiguous and deceiving, and errors and heresies are being disseminated every day among the faithful. Pope Francis’ Pontificate represents the result and the peak of a process of the Church’s self-demolition which has remote origins but today has reached a dizzying speed.
The Correctio filialis of October 24th 2017 has been like a ray of light piercing the darkness of the night in which souls are immersed. The denunciation of the heresies sustained and propagated by Pope Francis has resounded from one end of the planet to the other, spreading through to the Media and becoming the dominant theme of private conversations among many Catholics. In these conversations few deny the truth of the facts denounced in the Correctio. Divergences regard rather, “ the what to do” faced with a situation which has no historical precedents.

There are no lack of those who practice the double-truth: they criticize in private but render homage in public to those who are leading the Church towards disaster. This behavior was defined “nicodemite” by Calvin to indicate those Protestants who concealed their doctrine, by rendering public homage to the faith and rites of Catholics. Yet the Catholic Church too has always condemned dissimulation, indicating as a model of life, the public confession of the faith, even unto martyrdom.

Confessing the faith means denouncing the errors that oppose it, even if proposed by bishops, and a Pope, as happened to Honorius I (625-638). It is not important to know whether Honorius was a heretic or favens haeresim. The fact that he was solemnly condemned by the VI Council of Constantinople (681), presided by Pope Leo II, and his condemnation was confirmed by two successive Ecumenical Councils demonstrates that the possibility of a heretic Pope (admitted by all the medieval canon lawyers) is possible, independently of the fact that it has been verified historically.

Who has the authority, however, to resist and correct a Pope? First of all, this duty belongs to the cardinals who are the Pope’s advisors in the governing of the Church; then the Bishops, who constitute, in union with the Pope, the teaching Church; and lastly, the ordinary faithful, priests, monks and sisters, even lay, who, being baptized, have that absolutely certain sensus fidei which allows them to discern the true faith from heresy.

Eusebius, before becoming Bishop of Dorylaeum, was a lawyer from Constantinople. In 429, he publically interrupted a homily by the priest Nestorius who was placing the Divine Maternity of Mary in doubt. Eusebius would have done the same thing if it had been the Patriarch or the Pope himself speaking that day. His Catholic spirit would not tolerate the Blessed Virgin being insulted in front of the Catholic faithful.

Today the Church has no need of nicodemìtes, but confessors of the faith, with the temperament of a Eusebius or Maximus the Confessor, a simple monk who did not hesitate in challenging the Patriarch of Constantinople and the Byzantine Emperors. To those who wanted to oblige communicating with the heretic Monothelites, he replied: “Even if the entire universe communicates with you, I alone will not”. At the age of 80, after three trials, as a result of his fidelity, he was condemned to having his tongue and right hand mutilated, the two body parts through which his words and writings had fought errors and heresies.

He would have been able to repeat the words of St. Paul: “At my first answer no man stood with me, but all forsook me: may it not be laid to their charge. But the Lord stood by me, and strengthened me, that by me the preaching may be accomplished, and that all the Gentiles may hear: and I was delivered out of the mouth of the lion”. (2 Timothy 4, 16-17).

The fact of being just a few – misunderstood and persecuted – is permitted by Divine Providence in order to increase the merits of the witnesses to the Faith and render their behavior not only right and proper, but also holy and heroic. What else is the exercise of heroic virtue but the accomplishing of one’s duty in exceptional circumstances, not counting on our own strength, but on the help of God?