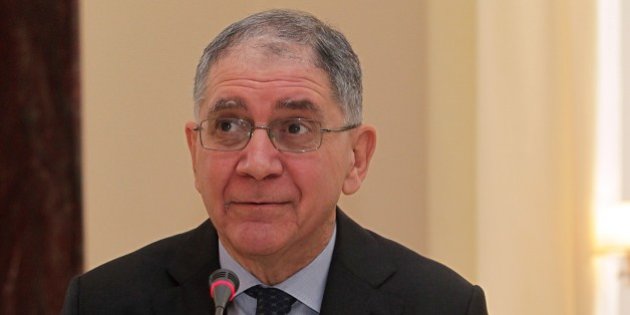 I have known Rocco Buttiglione for more than forty years. Both of us were assistants to Professor Augusto Del Noce (1910-1989) at the Faculty of Political Science at La Sapienza University in Rome, but since then our positions have diverged, mainly regarding our judgment on modernity.

Buttiglione believed that the historical process inaugurated by the French Revolution was compatible with Christianity, but I believed it incompatible. Despite these differences, I appreciated Buttiglione’s work as Minster of National Cultural Heritage in Berlusconi’s government (2005-2006) and expressed my solidarity with him in 2004 when he didn’t attain the nomination as European Commissioner as a result of having called homosexuality “a sin”. I refer to all this in order to show my sincerity in my “friendly criticism” of his theses, just as Buttiglione is truly sincere when he argues with Professor Seifert, his “life-long friend” in his most recent book (Friendly Responses to the Critics of Amoris Laetitia, which included an essay introduction by Cardinal Gerard Ludwig Müller, Ares, Milan 2017, p. 41).

The volume recently published has 200 pages, divided into four chapters. There is nothing in it that Buttiglione’s readers don’t know. The chapters are in fact made up of essays previously published in several places, between 2016 and 2017. This explains the numerous repetitions, which, nonetheless, aid in a better understanding of his basic thesis: the possibility of admitting the divorced and remarried to Communion, since in certain cases, “even if the acts are illegitimate” , people “may not fall into mortal sin because of the absence of full knowledge and deliberate consent” (p.172).

I have already had the occasion to criticize this position (see here: https://rorate-caeli.blogspot.com/2017/11/de-mattei-increasing-confusion-cardinal.html) Additionally, in order to justify it, Buttiglione introduces a fallacious distinction between “grave sin”, “specified by the object (by grave matter)” and “mortal sin”, “specified by the effects on the subject (it kills the soul)”. He writes “ all mortal sins are also grave sins, but not all grave sins are also mortal. It may happen in fact that in some cases grave matter has not been accompanied by full awareness and deliberate consent.” (p. 173).

This thesis had already been rejected by John Paul II, who, when faced with the proposal by some theologians and Fathers at the 1984 Synod, of introducing a threefold distinction in sins – venial, grave, mortal – declared, in the Post-Synod Exhortation Reconciliatio et paenitentia, that in the Church’s doctrine grave sin is identified with mortal sin. Here are his words: “This threefold distinction might illustrate the fact that there is a scale of seriousness among grave sins. But it still remains true that the essential and decisive distinction is between sin which destroys charity and sin which does not kill the supernatural life: There is no middle way between life and death […] Hence, in the church’s doctrine and pastoral action, grave sin is in practice identified with mortal sin”. (Reconciliatio et paenitentia n. 17).

Certainly, there are degrees in gravity of sins. Our Lord’s Crucifixion, for example, was not of the same gravity for Pilate as it was for the Jewish leaders (John, 19, 11). However, all grave sins are mortal and all mortal sins are grave. According to Buttiglione, on the other hand, cohabitation is always a “grave wound” for the moral good of the person, yet not always a “mortal wound” (p.174). It all depends on the “circumstances”, which, “do not change the nature of the act, but may change the judgment on the person’s responsibility.” (p. 174). The Church, therefore, “may exceptionally give the Sacraments, if it is verified, despite objective disagreement with Christian morality, that the subject finds himself in a condition of mortal sin as a result of subjective attenuating circumstances.” (p. 197). The adulterer, for example, may “find himself in a situation of sin, but not mortal sin” (p.175). “Thus, while the rule is valid without exceptions, the behavior unlike the rule, is not always culpable in the same way.”(p,185). The exception counts for the behavior, not for the rule, but – one wonders – how can the moral rule be violated if not by behavior?

Buttilgione denies that Pope Francis’ position and his own fall into “situational ethics”, condemned by the Church, but to be convincing it is necessary to demonstrate what it affirms and what it denies. Unfortunately I have to reiterate, along with Josef Seifert, Carlos Casanova, Corrado Gnerre, Claudio Pierantomni and other excellent critics of Buttiglione, that the position of Amoris laetitia, coincides with that of “situation ethics” or more precisely “circumstantial ethics”.

A typical characteristic of situation ethics, is, according to Father Angelo Perego, “the denial of the decisive and constitutive function of the morality of the objective order” (Situation ethics, Edition “La Civiltà Cattolica” , Rome 1958, p.106). In traditional morality, the ultimate rule of human action is being, not the acting subject. Hence, traditional morality is essentially objective, as it springs from being [itself] and is continually in proportion to being. Situation ethics, on the other hand, are based on subjective becoming. In Buttiglione’s and Pope Francis’ situation ethics, the ultimate constitutive element of morality is of a strictly subjective nature. The moral law becomes an extrinsic norm which contributes to determine practical judgment, without it ever being the determining element. What is the decisive factor? “Discernment” of the circumstances, on the part of the confessor, who, like a magician, can transform good into evil and evil into good.

Pius XII said: “We oppose with three considerations or maxims against situation ethics. The first is We concede that God wants above all and always, an upright intention; but this is not enough. He wants also good action. The second is that a bad action is not permissible in order for good to come from it (Rom, 3,8). The third is that there can be given circumstances, in which a man, especially a Christian, must remember that it is necessary to sacrifice everything, even his life, in order to save his soul. All the countless martyrs even in our time, remind us of this. But would the mother of the Maccabees and her children, Saints Perpetua and Felicitas without regard for their babies, Maria Goretti and thousands of other men and women, venerated by the Church, against the circumstances, have faced in vain and even wrongly a sanguinary death? Certainly not; and they remain, with their blood, the most eloquent witnesses to the truth, against the new morality”. (Discourse , April 18, 1952, in AAS, 44 (1952), pp. 417-418)..

Furthermore, as a friend of mine noted, if Buttiglione’s doctrine of the imputabilty of guilt was valid, it would follow that even abortion could become a grave sin, but not imputable to the woman who aborts, considering her psychological-economic situation at the time of terminating her pregnancy and of the psychological-economic problems that would be imposed on her in giving birth to a child. The same can be said of euthanasia, and a fortiori of sodomy, which would be the sin that cries out for vengeance, but not imputable to the “sodomite” who is not like that by choice, but by nature.

Rocco Buttiglione’s intellectual effort is also sterile, as, beyond the words, the facts remain. And the facts are, that, in the confessional, an increasing number of priests, on the basis of Amoris laetitia, are reassuring penitents that Divine mercy covers their irregular situation and are inviting them in all tranquility to receive Holy Communion.

Finally, we ask Professor Buttiglione: Have the number of sacrilegious Communions and invalid Confessions increased or diminished since Amoris Laetitia? Has the notion of the indissolubility of matrimony been strengthened or has it been diminished? The answer is clear. The new “pastoral strategy” is destroying matrimony and the Sacraments; it is dissolving the natural law and paving the way for new errors and heresies on the doctrinal level and at the level of praxis. No sophism can deny this.