Cardinals Burke, Brandmüller and Müller and The Dictator Pope 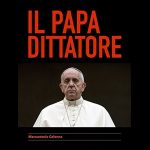 Over the last few weeks three interviews from prominent cardinals have appeared. The first was released by Cardinal Walter Brandmüller to Christian Geye and Hannes Hintermeier for the Frankfurter Allgmeine Zeitung on October 28th 2017; the second was given by Cardinal Raymond Leo Burke to Edward Pentin on November 14th for The National Catholic Register; the third, to Cardinal Müller, appeared on November 26th in the Corriere della Sera, by Massimo Franco. END_OF_DOCUMENT_TOKEN_TO_BE_REPLACED