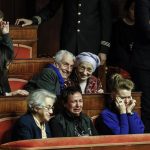 The Renzi-Gentiloni governments will go down in history as those that imposed two of the most wicked laws in the Italian Republic: pseudo-homosexual-marriage, called “Civil Unions” (May 20th 2016) and euthanasia, under the name of the “living will” or DAT (Dichiarazione anticipata di trattamento [Declaration Advance of Treatment]), approved definitively by the Senate on December 14th 2017. This law will be registered in the Official Journal on the fortieth anniversary of the legalization of abortion, which passed on May 22, 1978 with Law 194. Thus the circle closes. END_OF_DOCUMENT_TOKEN_TO_BE_REPLACED 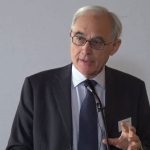 Professor Edward Peters is a reliably orthodox scholar who wants to contain the damage of the Post-Synodal Exhortation Amoris laetitia by relying on the defense of canon law, in particular Canon 915 of the new Code of Canon Law, which says: “Those who have been excommunicated or interdicted after the imposition or declaration of the penalty and others obstinately persevering in manifest grave sin are not to be admitted to holy communion” (cf. E. Peters,  Three ways to not deal with Canon 915, in “The Catholic World Report”, Jan. 24, 2017, and Some remarks on the de Mattei interview, in “The Catholic World Report”, Dec. 13, 2017, in which he criticizes my interview published at “OnePeterFive” on December 11, 2017). END_OF_DOCUMENT_TOKEN_TO_BE_REPLACED 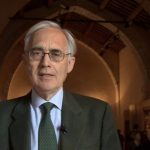 Editor’s note: Last month, Dr. Maike Hickson began a correspondence with Catholic historian, author, and speaker Professor Roberto de Mattei on the nature of the escalating crisis in the Church. Although her husband’s recent sudden illness has necessitated that she take a leave of absence from her work here at OnePeterFive, she and her husband both asked that we proceed with the publication of this important and timely interview. END_OF_DOCUMENT_TOKEN_TO_BE_REPLACED