Is “deep sedation” a masked form of assisted suicide? 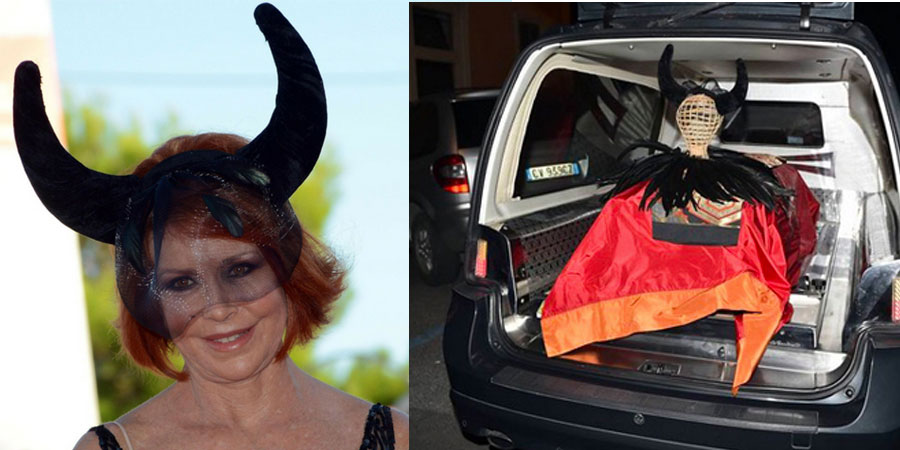 Marina Ripa di Meana, the provocative exponent of the Italian jet-set who died in Rome on January 6, 2018, chose to die through deep palliative sedation, manifesting her last will and testament in a video: “After Christmas my health conditions precipitated. Breathing, speaking, eating and getting up: everything now is difficult for me, and causes me unbearable pain: the tumour has now taken complete possession of my body. Not of my mind though, or my conscience.

I telephoned Maria Antonietta Farina Coscioni, a person I trust and esteem because of her personal story, to tell her that the end indeed had arrived. I told her of my interest in assisted suicide in Switzerland. She told me that I could go the Italian way of palliative treatment through deep sedation. I, who have travelled with my mind and my body all my life, didn’t know about this way. I want to launch this message to say that even here at home or in hospital, with a tumor, people have to know that they can choose to return to the earth without [having to go through] ulterior and useless suffering. “Let it be known. Let it be known.”

The choice of deep sedation was thus suggested to Marina Ripa di Meana by Maria Antonietta Coscioni, a leftist parliamentarian, founder of the Luca Coscioni Institute which has been battling for years for euthanasia and assisted suicide. Between the two forms regarding the end of life, Coscioni herself stated in an interview with La Repubblica, there is “a precise distinction.” In deep sedation “a drug is not administered to cause death in a specific time, which in assisted suicide can be timed. The time of deep sedation, on the other hand, depends on the conditions of the sick person, who will spend his last hours in a deep sleep.”

Maria Antonietta Coscioni’s declaration, insinuated that the drug administered to the patient leads to death, even if not over a specific time period. This is a masked form of assisted suicide, granted by the “living will” legalized in Italy at the end of December, according to which every person of adult age, of sound mind and will, may manifest, their choice of treatment, including the refusal of nutrition and artificial hydration, through the dispositions in advance of treatment (DAT).

In reality, notes Professor Renzo Puccetti, deep sedation is a non-scientific term and in the field of medicine the distinction between palliative sedation and euthanasia sedation should be made. The first is admissible by Catholic morality, as it is not directed at euthanizing the sick person, but at the suppressing of pain. The second causes the death of the patient, either directly, through sedative drugs or through the interruption of life-saving measures ((La nuova bussola quotidiana, 8 January 2018). There is therefore, profound ambiguity in this concept which renders the problem not as simple as it appears.

In the first place we need to clarify that the sedation being discussed is not a temporary therapy to alleviate pain, but a permanent condition, of no return, which is similar to that of an irreversible coma. Those who choose deep sedation perform an act with which they choose to snuff out irrevocably the light of reason and will, to immerse themselves in a deep and definitive sleep, which is difficult to distinguish from death. However, if it is not licit to take one’s life, will it be licit to deliberately renounce the exercise of the soul’s faculties, which are an immense good received from God?

In Italy the National Committee of Bioethics (CNB), in a document approved on January 29th 2016, with the title Continuous Deep Palliative Sedation in the Imminence of Death, affirms the legality of deep sedation, since this, unlike euthanasia, cannot be retained an act aimed at death. But the same committee decreed that the neurological standard is clinically and ethically valid to ascertain the individual’s death. (The criteria for ascertainment of death), June 24th 2010), or that death coincides with a state of irreversible coma similar to that produced by deep and permanent sedation.

The obvious hypocrisy was brought to light by a dissident member of the same Committee, Dr. Carlo Flamigni: “Well then, if I’m a sick person who is going through hell because of an illness for which there is no hope of recovery, if I know these sufferings will continue, suspended by more or less long periods of unconsciousness, if I go to sleep, each time the morphine exercises its temporary effect, terrorized at the idea that I will wake up torn apart by my suffering; well then, if someone prospects the hypothesis of continuous deep palliative sedation and proposes it to me, what I understand is that I’m being offered the possibility of choosing a “good death” and I accept it happily, stunned if anything, at the fact the Country has finally legalized euthanasia.”

Similar considerations were made at the death of Cardinal Maria Martini, who as his niece Giulia recalls, asked to be sedated. “He was afraid, afraid most of all of losing control of his body, of dying suffocated (…). With the shared awareness that the moment was approaching, when you couldn’t take it anymore, you asked to be put to sleep. So a lady doctor, with clear, limpid eyes, an expert on treatment which accompanies [people] to death, sedated you.” (Corriere della Sera, 4 settembre 2012).

Paolo Flores d’Arcais, in Il Fatto Quotidiano of September 2012, commented on the episode like this: “Carlo Maria Martini, decided, decided freely and completely, the moment in which he wanted to lose consciousness definitively and no longer “experience” his personal agony and death. This is what being sedated means, in fact, nothing more. Not feeling anything anymore, not suffering anything anymore, being “physically not conscious” (…). To be already, subjectively, in eternal sleep, eternal rest, with the irreversible end to any suffering and agony.” Eugenio Scalfari noted: “When one is in the state that he was in, sedation is a euphemism, that simply means giving yourself over to death without excessive pain in a space of a few hours. In substance, between voluntary sedation and switching off [the life-saving] machine, there is no difference”. (La Repubblica, 26 settembre 2012).

If the industry of transplants is prospering on the neurological “brain-dead” standard in palliative treatment hospices, mostly in the United States, the industry of euthanasia and assisted suicide is prospering [too]. Elizabeth Wickham in a documented study, showed the support given by George Soros’ Project on Death In America (PDIA) to the development of palliative treatments rendering them an effective instrument of the culture of death.

Pius XII gave clear moral indications on sedation, or general anesthesia (Reponses to three questions posed by the Italian Society of Anesthesiology, February 24th 1957). This was confirmed by the Congregation for the Doctrine of the Faith (Declaration on Euthanasia, May 5th 1980, paragraph III), but it shouldn’t be hidden behind the veil of hypocrisy. The truth is that palliative care nowadays is used as a vehicle for euthanasia, most of all in the countries where it is not legalized, with the pretext of alleviating the suffering of the sick person. Doctor Philippe Schepens, of the John Paul II Academy for Life and Family refers to it with these word: «to tell that a person must be put unconscious because his or her pain is otherwise unbearable is in today’s stage of medical progress untrue. That kind of “total sedation” not only deprives the person of his or her right to be conscious and be able to manage him- or herself his or her end of life, but is mainly misused to render the deprivation of first food and thereafter liquid, acceptable to the relatives. This paves the way to active euthanasia».

The Catholic Hospital Orders have alleviated the suffering of humanity over the course of the centuries, but in the hospitals of the so-called “Incurables”, the dominant concern of the religious who cared for the sick was to prepare them spiritually for death. In modern “hospices”, similar often to “comfort centers” for the dying, the supreme concern is that of “not making them suffer”, forgetting the expiable and redemptive value of suffering, which is not a an injury to human dignity, but the ineliminable consequence of original sin. There is no greater dignity than that of a man who faces with courage and patience the suffering and death in the likeness of Our Lord, Who, as the Gospel narrates, after having tasted the wine mixed with gall offered to Him before the crucifixion to lessen His sufferings, refuses to drink it (Matthew, 27, 34), because He wanted to suffer with full awareness, thus fulfilling what He had said to Peter at the time of His arrest : “The chalice which my Father hath given me, shall I not drink it?” (John 18, v,11).