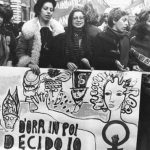 Recently the attention of the media in Italy has been focused on the fortieth anniversary of Aldo Moro’s kidnapping. On March 16th 1978, in an ambush on Via Fani in Rome, the Christian Democrat politician was kidnapped and his bodyguards murdered by the Red Brigade. On May 9th, after a captivity of 55 days, his body was found riddled with bullets in the boot of a car in Via Caetani. No-one has yet to recall though, that, during that same springtime of 1978, the law n.194 on abortion was debated and approved by the Italian Parliament and that since then, it has been the cause of six million victims in our country.  END_OF_DOCUMENT_TOKEN_TO_BE_REPLACED 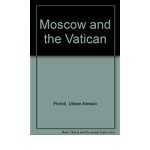 Among the staunchest opponents of the Vatican Ostopolik, a figure of remarkable cultural and moral stature should be remembered: Father Alessio Ulisse Floridi (1930-1986). END_OF_DOCUMENT_TOKEN_TO_BE_REPLACED