Martyrs of the Reform of the Church 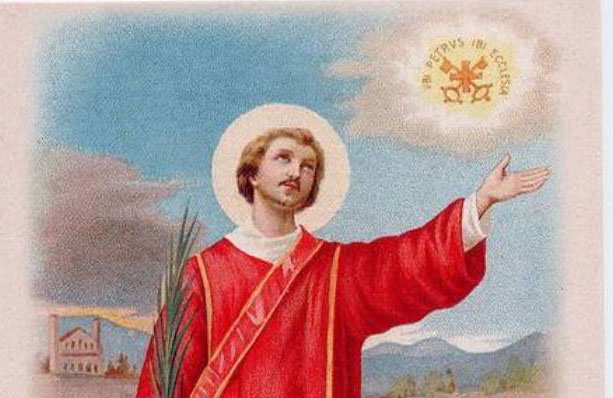 Also the reform of the Church has its martyrs. Among them are Saints Arialdo (+1066) and Erlembald (+1075), leaders of the “Pataria”, a lay movement in the XI century which aimed at the restoration of morality in the diocese of Milan, one of the most corrupt in Italy.

Simony and Nicolaism were the two plagues afflicting the Church at that time.  Simony was the pretense of buying and selling clerical offices; Nicolaism, was the practice of taking wives and mistresses by bishops and priests. However, the most shameful expression of moral dissoluteness was sodomy, which, as St. Peter Damian writes, raged “like a bloodthirsty beast inside the sheepfold of Christ” (Liber Gomorrhianus, tr. it. Fiducia, Roma 2015, p. 41).  These vices were so deeply-rooted in northern Italy as to constitute general praxis.

Against the diffusion of this immorality, a reformist movement arose at the initiative of the Deacon Arialdo and the brothers Landulf and Erlembald Cotta. They came from noble families in Lombardy, but because the people followed them they were called by their adversaries “patarini” that is to say “straccioni”  (“ragpickers” i.e. “tramps”- the Pataria was the rag-market). The opposition party to this reform was led by the Archbishop of Milan himself, Guido da Velate, who justified the corrupt clergy for political reasons. This resulted in an open clash, narrated by an eyewitness, the Vallombrosian  Abbot, Andrea da Strumi, in the Vita Sancti Arialdi (Monumenta Germanica, Hist., Scriptores, XXX, 2, Lipsiae 1935, pp. 1047-1075; tr. it. Arialdo. Passione del santo martire milanese, Jaca Book, Milano 1994).

The movement’s moral leader was Arialdo, who, according to Andrea da Strumi, Christ Himself had chosen, in defensione veritatis.  Addressing the Milanese people, Arialdo exhorted them to separate themselves from bad priests and pastors with these words: “Those who wish sincerely to find the truth must boldly refute every form of deception. For this, whereby you can fully delight in the Truth, which is God, I entreat you, in His name, to stay away completely from  false priests.  Indeed, there cannot be any possibility of agreement or close union between light and darkness, between the faithful and the unbelievers, between Christ and  Belial. It is in fact written: “Go out from among them, and be ye separate, saith the Lord, and touch not the unclean thing” (2 Cor. 6, 17-18).

How  can it be that He will not concede you the least, that is, pastors to guide you rightly, if you ask Him – He who, when none of you even existed, conceded you the most, that is, His very self for your salvation?  Thus, try not to have anything to do with all the heretics and ask God confidently for good and faithful pastors; without doubt you will have them: be sure of this!”(p.69). The Lord – continued Arialdo, said: “If these shall hold their peace, the stones will cry out” (Luke 19,40) and also “Cursed be he that withholdeth his sword from blood”.(Jer. 48, 10). The sword invoked by Arialdo, was first and foremost that of the Word of God; but, when it was required, the reformers did not hesitate in taking up arms to defend themselves against the violent aggressions of their enemies, who were trying to obstruct their preaching.

The Archbishop of Milano, worried about the populist reaction which was expanding, summoned his accusers to exonerate themselves at a synod which took place in the monastery of Fontaneto, in the diocese of Novara. The leaders of the Pataria, Arialdo and Landulf, did not show up and were excommunicated in absentia by the bishop. Arialdo then went to Rome to Pope Stephen IX, to whom he laid out the reasons for resisting the Archbishop of Milan. The Pope, sympathetic to the movement that was arising, sent to Milan, two apostolic visitors, who were leading the reform of the Church at that time: the Archbishop of Lucca, Anselmo da Baggio and the Roman Archdeacon, Hildebrand. Both were destined to become Popes in the succeeding years.  In the winter of 1060-61, Anselmo da Baggio was once again the representative of the Pope in Milan, along with the Cardinal Bishop of Ostia, Peter Damian. In both cases, the papal visitors, realizing the scandalous situation in the Diocese of Milan, exhorted the Pataria to  persist in the fight, in turn, preaching to the people against the corrupt clergy.

In 1063, when Landulf Cotta died following an attempt on his life, Arialdo invited his brother Erlembald to take over as leader of the movement. Before accepting, Erlembald, wanted to go on pilgrimage to Rome in order to pray at the tomb of St. Peter and seek counsel from Anselmo da Baggio, who had become Pope in 1061 taking the name of Alexander II.  Pope Alexander exhorted Erlembald to take on the leadership of the movement, made him Gonfalonier of the Holy Roman Church and entrusted him with the vexillum sancti Petri, which he had previously sent to the Norman, Ruggero, for his victory over the Muslims in Sicily. Erlembald was a knight, of a religious and warrior spirit, of whom Andrea da Strumi writes:”The noble Erlembald, when he appeared before men, was like a general in precious garments, encircled by knights and arms. But hidden, before God, he was clothed in simple wool, like a rough hermit.”

The papal approval gave new vigor to the Pataria struggle. When abbots were chosen in a simoniac manner for the three important monasteries in Milan, St. Celso, St. Vincenzo and St. Ambrose the “patarini” rose up and a new phase of clashes began. Arialdo, the Deacon, was alongside Erlembald even in the “patarino” movement’s military leadership and together, raising the banner of St. Peter, they defeated the Archbishop Guido da Velate.

In the spring of 1066, Erlembald, returned to Milan, carrying two Papal Bulls: the first  was Archbishop Guido’s excommunication; the second wherein the Pope exhorted the Milanese clergy to follow the indications from Rome. Guido da Velate convened a great assembly to which thousands of people of opposite factions flocked, including Arialdo and Erlembald.  When the Archbishop lashed out against the Pope’s claim to dictate laws in Milan, a part of the crowd assailed Arialdo and Erlembald. Erlembald defended himself by whirling in the air the banner of Holy Church which was always with him. Arialdo was forced to flee, but near Piacenza he was arrested and taken to the castle of Donna Oliva, Guido da Velate’s niece. On June 28th 1066 she had him killed on a small island in Lake Maggiore. Before killing him, his assassins grabbed him by the ears, ordering him to obey the Archbishop of Milan.

At his refusal, they cut off his ears, while Arialdo, raising his eyes to Heaven, said: “I thank Thee, O Christ, that today, you have deigned to number me among Your martyrs.” His torturers asked him again if he would acknowledge the authority of Guido, but he, maintaining his customary fortitude, said no. In an instant – his biographer recounts – they cut off his nose and upper lip. They gouged out both his eyes and severed his right hand, saying: “This is the hand that wrote letters to Rome.” Then they amputated his male member, saying: “Till now you have been a preacher of chastity; from henceforth you will also be chaste.” Lastly they tore out his tongue, saying: “Finally this tongue, that wreaked havoc in the families of clerics and broke them up, will be silent.” And thus, Andrea da Strumi concludes: “that holy soul was set free from the flesh; his body was then buried in that place. After the events in that place, at night, magnificent lights began to appear to  fishermen.” (p.145).

The murderers then tied heavy stones to his body and cast it into the deepest spot in Lake Maggiore. After ten months, however, on May 3rd 1067, Arialdo’s body miraculously rose to the surface.  After much resistance, Donna Oliva sent his body to Erlembald, who returned it to Milan, where it was triumphantly laid in the Church of St. Ambrose, before being entombed in St. Celso’s, and, at the end of the XVIII century, in the Duomo.

Alexander II beatified Arialdo in 1068.  Archbishop Guido, after being excommunicated a second time, decided to renounce the Episcopate and asked the Emperor to nominate his chaplain Godfried as Bishop. The Pope excommunicated Godfried and instructed Erlembald to stop him from entering Milan. A fight was set in motion that saw two opposing  archbishops on the Cathedra of Milan. Godfried sustained by Henry IV. Attone, designated by Alexander II and backed by Erlembald.

During one of the numerous armed clashes, Erlembald was killed on June 28, 1075, the same day Arialdo had been assassinated nine years earlier. In May 1095, Pope Urban II, who was passing through Milan on his way to Clermont to announce the First Crusade, paid homage to his remains with a solemn ceremony, which was tantamount to a canonization.  With this act, Blessed Urban II, in the figure of Erlembald, offered a model for the miles Christilayperson, the combatant Christian, ready to take up arms and shed their own blood against the enemies inside and outside the Church. To him and St. Arialdo, today we direct our prayers.