Pope Francis, the philosopher of inclusion 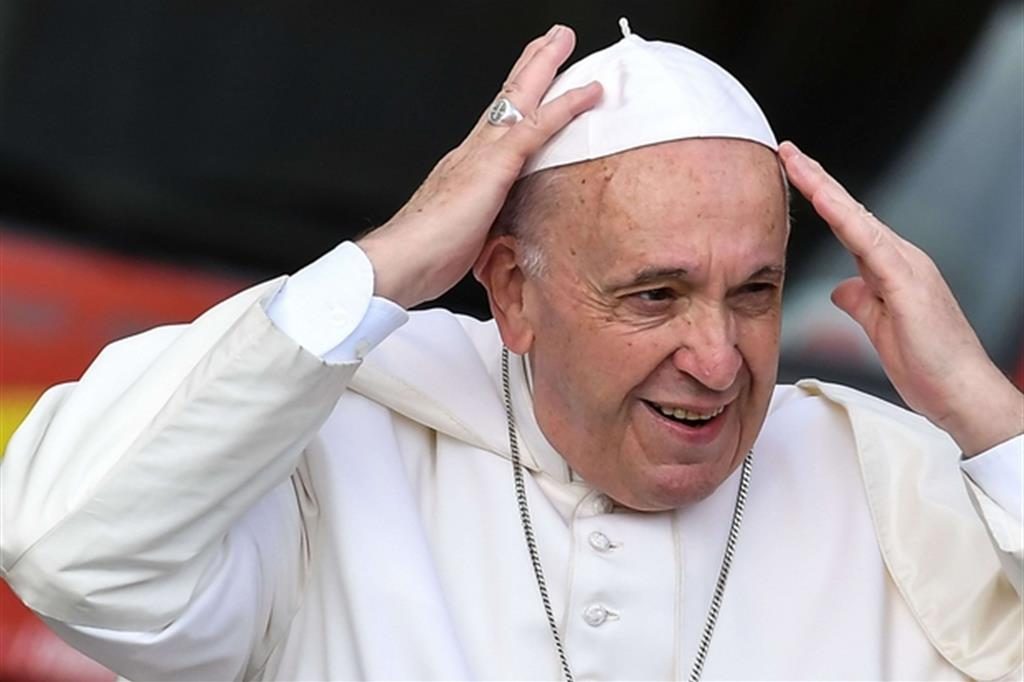 On June 2, in Italy, the traditional military parade celebrating the birth of the Republic, took place under the sign of “inclusion”. “The theme of inclusivity, which has characterized this event, represents well the values engraved in our Constitutional Charter, which stipulates that no citizen may feel they are abandoned, rather, that the full exercise of their rights be guaranteed,” declared the President of the Republic, Sergio Mattarella.

The same day in Blaj, Romania, Pope Francis offered a “mea culpa”, in the name of the Church for the discriminations suffered by the Roma [gypsy] community: “I ask forgiveness – of the Lord and you, in the name of the Church, whenever, in the course of history, we discriminated against you, maltreated or looked at you in the wrong way, with the look of Cain instead of Abel, and weren’t able to recognize, appreciate and defend your uniqueness.”

Over the course of history, there have been no traces of persecution or maltreatment of gypsies by the Church. With these words, however, Pope Francis wanted to reaffirm the principle of “inclusion”, of which he today is the theorist par excellence, and to which the European Union subjects its politics.

The insistence with which Pope Francis returns continuously to themes like inclusion, non-discrimination, hospitality and the culture of encounter, may appear to some like an expression of love for one’s neighbor and – to use Pope Bergoglio’s metaphor – are part of “the Christian’s identity card”. Those who think this, are however, making the same error in perspective as the one the progressive Catholics in the late 20th century did, in saying that Marx’s attention for the proletariat was born of his love for social justice.

These Catholics recommended the decomposing of Marxism, by refusing its materialist philosophy and accepting, instead, its economic and social analysis. They didn’t understand that Marxism constitutes an indissoluble block and that Marxist sociology is a direct result of its dialectic materialism. Marx was not a philanthropist, bent over the misery of the proletariat in order to alleviate their sufferings, but was a militant philosopher who made use of these sufferings as an instrument in achieving his revolutionary goal.

In a similar way, Pope Francis’s attention towards the peripheries and the last [or least], is not born of an evangelical spirit or even secular philanthropy, but is a choice, which, prior to being political, is philosophical and can be summed up with the term ‘cosmological egalitarianism’. In his encyclical Laudato si, Francis utilizes the buzzword: “inequality”, which, in substance, indicates every form of unjust social disparity. “What we want is the fight against inequalities; this is the greatest evil that exists in the world”, he declared to Eugenio Scalfari in “La Repubblica” of November 11, 2016.

In the same interview, Pope Bergoglio endorses the concept of “mixed race”, suggested by Scalfari. And Scalfari, in an editorial from the same daily newspaper of September 17, 2017, affirms that, according to Pope Francis: “in the global society we live in, entire populations are moving to this and that country, and little by little, as time passes, an increasingly integrated sort of “mixed race” will be created. He thinks this is a positive thing, where individuals and families and communities become more and more integrated, the various ethnicities will gradually disappear and a great part of our Earth will be inhabitated by a population with new spiritual and physical connotations. We will need centuries or even thousands of years for a phenomenon of this kind to happen, but according to the words of the Pope – the tendency is this. It is not without reason he preaches the One God, namely, the One for all people. I am not a believer, but I recognize a logic in Pope Francis’s words: one people and one God. There has never been until now a religious leader who has preached this – his [own] truth to the world.”

The term “mixed race” , like that of inclusion and hospitality, occurs frequently in Pope Francis’s ministry. On February 14, 2019, in his intervention at the event of the International Fund for Agricultural Development (FAD) in Rome, Francis, met representatives of indigenous populations and, in defining these communities as “a living cry of hope” he expressed his hope for a “cultural hybridization” among the “so-called civilized populations” and native populations, who “know how to listen to the earth, see the earth and touch the earth”. “Cultural hybridization” , he explained is the route to follow, by working “to safeguard those who live in the poorest, rural zones of the planet, but richer in wisdom in their coexistence with nature.”

On January 19, 2018, at Puerto Maldonado, in the heart of the Peruvian Amazon, Pope Francis while meeting the natives, had said to them: “the treasure that encloses this region” cannot be grasped or understood, without “your wisdom” and “your knowledge”.

In order to understand better his reference to the “wisdom” and “knowledge” of the natives, we need to turn to the work of an author dear to Pope Francis: the former Franciscan, Leonardo Boff. The Amazon, Boff explains, has “an exemplary universal value”, since it represents the antithesis of the modern, development model “fraught with capital and anti-ecological sins; it is “the ideal place to experiment a possible alternative, in harmony with the rhythms of that luxuriant nature, by respecting and enhancing the ecological wisdom of the natives who have lived there for centuries.” (The cry of the earth and the cry of the poor. For a cosmic ecology, Cittadella, Roma 1996, p. 183). For Boff, “we need to move from the modern paradigm to the post-modern, global “holistic” paradigm that offers ‘a new dialogue with the universe’ and a new form of dialogue with the totality of beings and their relationships” (The cry of the earth and the cry of the poor, pp. 26-27).

The Amazon then, is not only a physical territory, but a cosmological model in which nature is seen as a living whole that has a soul i.e. a principal of internal and spontaneous activity. By means of this nature impregnated with divinity, the indigenous people of Latin America are maintaining a relationship that the West has lost. The wisdom of the natives should be recuperated, asking forgiveness for the discrimination committed against them, without expecting them to ask forgiveness for the cannibalism and human sacrifices their ancestors practiced. The bridges that must substitute walls are unidirectional.

And this is the cultural background of the Synod opening in the Vatican next October 6. Inclusion is a philosophical concept prior to being a social one: it means the affirmation of a hybrid, indistinct, “mixed race” reality, in which everything is fused and confused, like the theory of gender – the theory of inclusion par excellence. LGBT people, like migrants and the natives of South America, should be accepted and respected not because they are people, but because of the cultural and orientations they convey.

This cosmology recalls the Deus sive natura, of Spinoza which preaches the identity of God with the infinite substance from which all beings derive. God should be included in nature and nature should be included in God, ‘who’ is not the transcendent cause, but immanent in the world with which ‘he’ coincides. There is no qualitative difference between God and nature, as there is no qualitative difference among diverse societies, religions or cultures, and not even between good and evil, which, in Spinoza’s view, are “correlative” (Ethica, IV, prop. 68).

The doctrine of inclusion is not the view of Leo XIII’s Aeterni Patris or St. Pius X’s Pascendi. On the contrary, it goes against these documents. Few, however, dare say this openly. How long will this ambiguous silence go on – so convenient for many – but particularly for whoever is using it to achieve purposes other than those supernatural of the Church?