Is the Corona Virus a Divine Punishment? A Video Conference 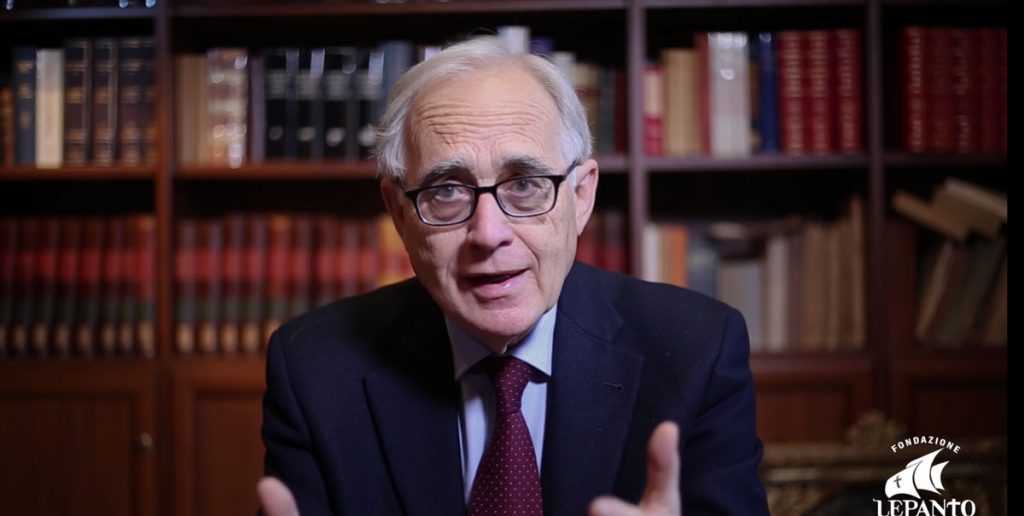 (Roberto de Mattei, Rorate Caeli, 12 march 2020)
New scenarios in the Coronavirus era. Is Coronavirus a divine punishment? Political, historical and theological considerations
The theme of my conversation is: The new scenarios in Italy and in Europe during and after the Coronavirus crisis. I will not speak about this theme from a medical or scientific point of view as I do not have this competence. I will instead consider the argument from three other points of view: the point of view of a scholar of the political and social sciences; the point of view of a historian; and the point of view of a philosopher of history.
As a scholar of the social sciences
The political and social sciences study human behavior in its social, political and geopolitical context. From this point of view I am not inquiring into the origins of the Coronavirus and its nature, but rather the social consequences that are happening and will happen.
An epidemic is the diffusion on the national or world scale (in this case it is called a pandemic) of an infective illness that afflicts a large number of individuals of a determined population in a very brief span of time. The Coronavirus, which has been renamed Covid-19, is an infective illness that began to spread through the world from China. Italy is the Western nation that is now apparently the most afflicted by it.
Why is Italy under quarantine today? Because, as the most attentive observers have understood from the very beginning, the problem of the Coronavirus is not its fatality rate but the rapidity with which the contagion spreads among the population. Everyone agrees that the illness in itself is not terribly lethal. A sick person who contracts the Coronavirus and is assisted by specialized health care personnel in well-equipped health care facilities can heal.
But if, because of the rapid spread of the contagion, which can potentially strike millions of people simultaneously, the number of sick people rapidly increases, there will not be enough health care facilities and personnel: the sick will die because they are deprived of the necessary care. In order to cure grave cases it is necessary to have the support of intensive care in order to ventilate the lungs. If this support is lacking, the patients die. If the number of those who are sick increases, health care structures are not capable of offering intensive care to everyone and an ever greater number of patients will succumb to the disease.
Epidemiological projections are inexorable and they justify the precautions being taken. “If uncontrolled, the Coronavirus could strike the entire Italian population, but let’s say that in the end only 30% become infected, that would be about 20 million people. Let’s say that out of these – reducing the rate – 10% go into crisis, meaning that without intensive care they will succumb to the disease. This would mean that 2 million people die directly, plus all of those who will die indirectly as a result of the collapse of the health care system and the social and economic order.”[1]
The collapse of the health care system in turn would have other consequences. The first is the collapse of the nation’s productive system.

Economic crises usually arise from the lack of either supply or demand. But if those who want to consume must remain at home and the stores are closed and those who are capable of selling goods do not succeed in getting their product to their clients because logistical operations, the transport of goods, and points of sale like stores enter into crisis, the supply chain collapses.