The mystery of the Coronavirus amid hypotheses and certainties 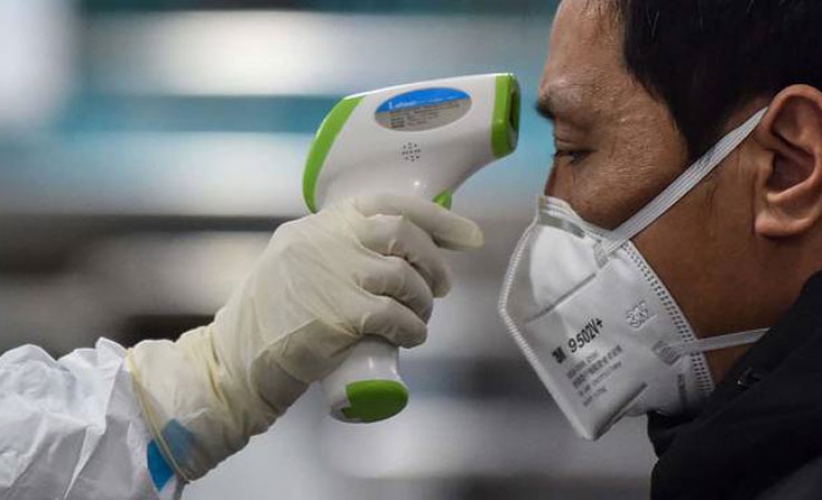 An aura of mystery continues to surround the Coronavirus, or Covid-19, the infectious disease which has spread all over the world in a few short months, assuming the nature of a proper and authentic pandemic. There are many hypotheses and few certainties about the nature of this virus.

The hypotheses regard the origins of the disease. Did the virus have its origins in nature, as most of the virologists sustain, or was it produced in a laboratory, as others maintain? And in the latter case was it fabricated for therapeutic purposes or for bacterial warfare? And was it made in a Chinese or Western laboratory? And was the seepage from this laboratory accidental or deliberate? It is evident that the hypothesis of deliberate seepage would foster the idea of a possible secret forces “conspiracy”, given that there have been many throughout history.

If, on the other hand, the virus had its origins in nature, or had seeped out of a laboratory by accident, we would have to think that these same forces were taken off guard by the event. One of the most likely hypotheses seems to be that presented by Steve Mosher, whereby the virus, made in China, had escaped by accident from a laboratory in Wuhan (LifeSiteNews, 22 April 2020). We are talking just about a hypothesis, but the responsibilities of Communist China which Mosher brings to light are crystal-clear.

The Chinese Communist Party has in fact been silent about the diffusion of the virus and has manipulated the numbers of infections and deaths. With good reason Chen Guangcheng ( the blind activist, a refugee in the U.S, after being imprisoned in China for his denunciations of forced abortions and sterilizations in Shandong) asserted that “The Chinese Communist Party is the greatest and the most dangerous virus in the world” (AsiaNews, 27 April 2020).

Even a very cautious observer like Paolo Mieli*, in the Corriere della Sera of April 27, reveals how the Chinese authorities as time goes on are nonchalantly “adapting” the numbers of the infected in their country. Mieli writes: “How is it possible that in a country, taken seriously by the World Health Organization whereby the General Director has praised its “rigor”, can play around with the numbers in this way? As time passes, moreover, the number increases of those, who, regarding the origins of the virus, are confirming the idea that something suspicious happened in the Wuhan laboratories.”

And regarding the actual nature of Covid-19, we have mere hypotheses, nothing definitive. Not only how to treat the virus is unclear, but also whether all the people who recover from the infection acquire immunity, and how long this immunity might last. The immunologists say that we are faced with an “anomalous” virus which behaves differently from those of the same family (Corriere della Sera, 25 April); all are announcing that there will be a second wave of the pandemic in the autumn but nobody is able to predict its nature. Not being sure, the tendency of governments is to prolong the lockdown measures. There are those asserting that there is disproportion between the number of Coronavirus victims and the “social distancing” measures taken by the entire world.

But to this objection, one could reply that if the number of victims is low, it is precisely thanks to the lockdown measures taken by the various governments. According to a study by Deutsche Bank, cited by AGI on April 26, the Covid-19 pandemic is at the historical bottom of the list for mortality rates. However, the research claims that without the containment measures which made the mortality rate low at 0.002%, the mortality rate would have been 0.23%, recording 17.6 million victims over the entire planet. The same can be said for the contagion rates. This hypothesis would appear confirmed by the fact that in Germany, after relaxing the lockdown, the contagion rate has rapidly risen again from 0.7 to 1%, the Robert Koch Institut for infectious diseases revealed (La Repubblica April 28).

There are those convinced that the lockdown is a project by the ‘great powers’ for them to exercise social control of humanity. Among these is the post-modern philosopher Giorgio Agamben, admired greatly by the extreme-left. Since February 26 he has been asking on his blog if “social distancing” will be the new principle of social organization. “What is most urgent, inasmuch as it is not just a purely theoretical hypothesis, if it’s true, as in many sectors they are beginning to say, that the present health emergency can be considered as the laboratory wherein they are preparing the new political frameworks awaiting humanity.” (Quodlibet, 6 aprile 2020).

But what might be the alternative to “quarantine” to contain the epidemic? Among those opposing the Europeans models of handling the health emergency are Israel and above all Taiwan, where, despite their proximity to China, the number of victims and contagion are very low. Nonetheless, if the danger we are running is that of “digital dictatorship”, the Taiwan method, based on the system of contac tracing, appears even more dangerous than the European lockdown. Taiwan keeps strict surveillance on its citizenship through the use of new technologies, with no consideration for the privacy of individuals. The same is happening in Israel, where the tracking system has been applied in a strict manner, leading to an intervention from the Supreme Court.

For others, the real problem is not the social control, but the economic catastrophe. What indeed will be the economic and social consequences of the pandemic? A general impoverishment of the West, in order to favor the social control of the “great powers”, or a collapse of the economic-financial system upon which the West is held together? In the latter case, nevertheless, the social manipulation would escape the same “powers” who planned it. If it remains on the level of hypothesis. This is what the Slovenian sociologist Slavoj Žižek sustains in his e-book Virus. Catastrophe and Solidarity: that we are entrapped in a threefold crisis: health (the epidemic) economic (an extremely severe blow independent of the epidemic’s outcome) and psychological (relative to the mental health of individuals).

The aspect of psychological war, also in its preternatural dimensions, was made very clear by the Plinio Corrêa de Oliveira Institute, in a document of April 27, entitled A maior operação de engenharia social e de baldeação ideológica da História. The existence of a great planetary maneuver, leaves us, however, questioning its basic hypotheses. Do we find ourselves faced with a plan orchestrated by the secret forces? The fact that they had preordained a strategy in view of a health catastrophe, already predictable for many years, as is an economic catastrophe today, doesn’t mean that that it was these forces that triggered off the process, nor that they are able to control fully the outcome.

In view of these hypotheses, which are useful to discuss, some certainties remain. The first is that the world’s scenario has objectively changed after the Coronavirus. For better or for worse? Here we are once again in the sphere of predictive hypotheses. Žižek affirms that for the Communist Revolution, of which he is an adherent, “anything is possible, in whichever direction, for better or for worse.” This is true for the Revolution but also for the Counter-Revolution opposing it. Certainly there are ample and complex revolutionary maneuvers to exploit the situation, and this is another certainty. But affirming these maneuvers successful, is a hypothesis. There is on the other hand another certainty: the fact that faced with the pandemic, the men of the Church have been conspicuously absent, or even accomplices in these anti-Christian strategies.

What should the Church be doing, and what should Catholics be doing, in view of a pandemic like the one presently assailing us? We need to remember that all the evils of humanity have their origin in sin and that public sin is graver than individual sin; that God punishes social sins with the plagues of diseases, wars, famine and natural disasters. If the world does not repent, and most of all if the men of the Church continue to be silent, the chastisements which in the beginning are inflicted in a mild manner, are doomed to become increasingly worse, till you get to the annihilation of entire nations. This is the essence of the Fatima message, which ends however, with the consoling certainty of the Triumph of the Immaculate Heart of Mary.