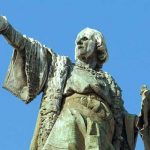 “Columbus noster est!” “Christopher Columbus is ours!” These words of Leo XIII, in his encyclical Quarto Abeunte Saeculo, issued July 16, 1892, on the IV Centenary of the discovery of America, are like a distant echo to us, at a time when iconoclastic fury in the United States of America is destroying the figure of the Italian navigator. END_OF_DOCUMENT_TOKEN_TO_BE_REPLACED

Gregory XVI and the epidemic of his time 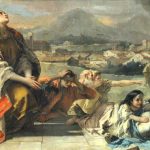 The cholera that flagellated Europe in the 1800s, started off on the shores of the Ganges, India, in 1817. The passage of the disease was slow but relentless. The pandemic made its way into China and Japan, then Russia and thus spread to the Scandinavian countries, England and Ireland. From there, during the 1830s, it reached America with the immigrant-ships, striking Canada, the U.S., Mexico, Peru and Chile. In 1832 it arrived in Paris, then Spain and finally in July 1835, it passed through the northern Italian borders at Nice, Genoa and Turin. END_OF_DOCUMENT_TOKEN_TO_BE_REPLACED