Is the COVID vaccine morally licit for Catholics? 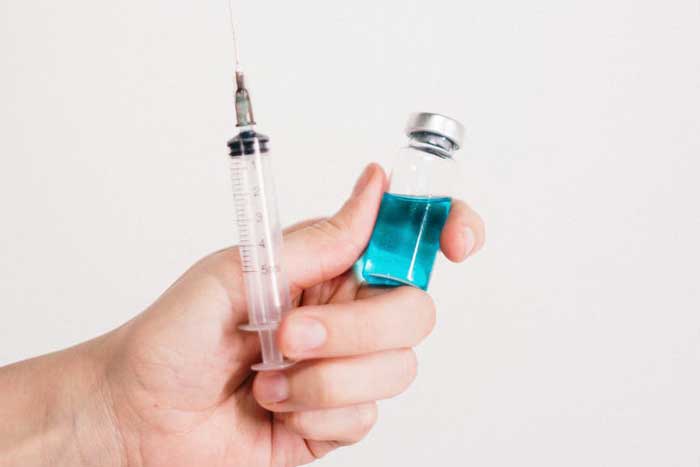 [Translator’s note: The following is a translation of a review by Veronica Rasponi that appeared on Corrispondenza Romana of Professor Roberto de Mattei’s just published book (in Italian) called “On the Moral Liceity of the Vaccine”. As many Catholics who know and love the Catholic Tradition and the Traditional Mass know, Professor de Mattei is one of the most important leaders of the Traditional Movement not only in Italy but throughout Europe. His conclusions are very important for those who are weighing a decision whether to receive one of the Covid-19 vaccines.

He concludes, after a rigorous discussion using the methodology of some of the greatest moral theologians of the Church, that the vaccine is morally licit. In that conclusion he is in agreement with the recent statements of the Pontifical Academy for Life and of the Congregation of Doctrine and Faith. The review below offers highlights of what Professor de Mattei writes in his book. All the quotes are from de Mattei himself unless noted. – Father Richard Gennaro Cipolla]

Is the anti-Covid vaccine licit? A response from Roberto de Mattei.

The anti-Covid vaccination is today at the center of a debate that is both political and medical, but often also in the sphere of morality. This debate is taking place in an atmosphere that is often emotional, thus distorting the terms of the question. It is timely, therefore, that Professor Roberto de Mattei has made a contribution to this debate with a study called “On the Moral Liceity of the Vaccine”. This study is being presented as “a clear and thorough answer to those who consider the vaccine against Covid-19 illicit in itself.”

The problem is short is this: “from the view of both Catholic and natural morality, is it licit or not to be vaccinated against the coronavirus SARS-CoV-2, given that the vaccines now available use cell lines originating from aborted fetuses”? In receiving these vaccines, or, if I am a medical doctor, in injecting these vaccines, am I making myself complicit with abortion, thereby committing a grave sin?

Professor de Mattei first of all distinguishes between the scientific and the moral problem. To examine this crucial point, he calls to mind the principles on which moral theology is based, discussing the teaching of Saint Alphonsus Maria de’ Liguori and of the most trusted moral theologians of the nineteenth century, down to the Magisterium of John Paul II, in his encyclical Veritatis Splendor. On the basis of these premises. one must study the problem of cooperation with evil, applying this to the concrete case of the current vaccines using fetal cell lines.

There are basically two theses that deny the liceity of the anti-Covid vaccines. The first thesis considers the vaccine illicit in terms of its relationship to the abortion industry; the second considers it illicit because it may be a threat to one’s physical health. Professor de Mattei confronts thoroughly both theses. He also confronts other objections, reminding everyone of his own sense of responsibility.

The position that Professor de Mattei takes is not that different from that of the Congregation for the Doctrine of Faith as expressed on September 8, 2008 and December 21 2020, but he distances himself from statements made by some prelates on December 12, 2020. At the same time he distances himself forcefully from many positions that are diffused on the internet that have no basis either in science or in theology or in morality.

“The Church is not a liquid society, but an institution that issues juridical and moral norms, to which one needs to adhere, as long as they do not enter into contradiction with the continuing Magisterium of the Church, with the teaching of the Popes, and with the doctrine of the Gospels. A position that is proposed by the Congregation for the Doctrine of Faith is not in itself infallible, but should be considered at the very least probable, or the most probable among other possibilities. The Church has condemned whoever affirms that “it is not licit to follow a probable opinion or the most probable among those that are probable.” This is the case with respect to the liceity of the vaccine against the Coronavirus. We are experiencing a sad chapter in contemporary history whose weight we must bear, but we must do so with a deep trust in Wisdom and divine Goodness that never allows us to find ourselves confronted with a moral situation that is unsolvable.”

This deep study by Professor de Mattei has gathered much support in the international community. Among these supporters are Professor Giorgia Brambilla, considered one of the most respected voices in Catholic bioethics in Italy, and Doctor Thomas Ward, president of the John Paul II Academy for Human Life and the Family, one of the most strenuous opposers of abortion in Great Britain. Professor Brambilla writes: “Confronted with the timely question of the liceity of the vaccine against the Coronavirus, the consciences of many are crushed and weakened by certain approaches that, on the basis of a false heroism, spread views that are unnecessarily rigid and at odds with Morality. This compendium, in coherence with the Magisterium of the Church, analyzes in a clear and complete way this difficult moral question, responding in an efficacious manner to the various theses that are involved. There was a real need for this study.”

Doctor Ward affirms in turn: “I am profoundly grateful to Professor Roberto de Mattei for his lucid and authoritative clarification of the liceity of using or administering Covid vaccines during this pandemic. Dissipating courageously the confusion caused by the promotion of personal opinions in opposition to the coherent, proven and true moral doctrine of the Church, he has defended the consciences of doctors and Catholic health workers who are pro-life, and he has protected the consciences, the health and life of old people and of Catholics with pre-existing conditions who through fear of gravely offending God would have been led to think that they did not have the moral option to use the vaccine.”