The heretics of the first centuries and the Roman spirit 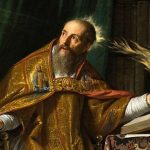 Over the centuries the Catholic Church has always fought the deformations of its moral doctrine on both extremes. On the one hand laxism, meaning the negation of moral absolutes in the name of the primacy of conscience, and on the other rigorism, meaning the tendency to create laws and precepts that Catholic morality does not provide. Today laxism results in modernist “situational morality,” while rigorism constitutes a sectarian temptation for traditionalism. It is against this latter danger that I want to caution, recalling what happened in the first centuries of the Church, with the heresies of the Montanists, the Novatians, and the Donatists. END_OF_DOCUMENT_TOKEN_TO_BE_REPLACED

A Center of Catholic resistance: the great “Minoritenkirche” in Vienna now belongs to the SSPX 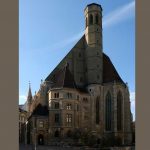 The SSPX (Society of Saint Pius X) has announced that it has become the owner of the Minoritenkirche, in Vienna’s inner city. The Society will be able to take possession of this church, officially named Italienische Nationalkirche Maria Schnee (Italian National Church of Mary of the Snows) on June 3, 2022, the anniversary of its donation to the Italian congregation by Emperor Joseph II on June 3, 1784. END_OF_DOCUMENT_TOKEN_TO_BE_REPLACED

The West after Kabul 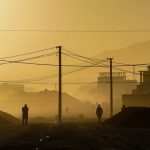 In an article in the Corriere della Sera of August 28 2021, Ernesto Galli della Loggia poses the following question:

Are our societies still capable of waging war? Of bearing psychologically the terrible impact of a, so to speak, voluntary dimension of death? Are we still capable of accepting the possibility of knowingly giving or receiving death, as it has always meant to ‘wage war’? END_OF_DOCUMENT_TOKEN_TO_BE_REPLACED

Why we should pray to St. Joseph Freinademetz and for the Church in China 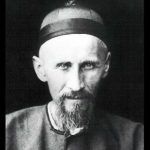 Few know about and pray to St. Joseph Freinademetz, a missionary saint who deserves our devotion in the present hour. END_OF_DOCUMENT_TOKEN_TO_BE_REPLACED