Why we should pray to St. Joseph Freinademetz and for the Church in China 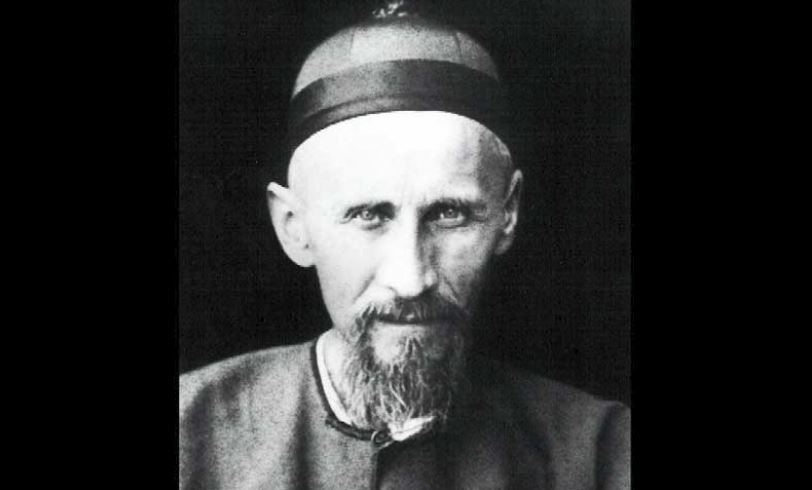 Few know about and pray to St. Joseph Freinademetz, a missionary saint who deserves our devotion in the present hour.

Joseph was born in Oies, in Val Badia, a village in the meadows and woods at the foot of high mountains, on April 15 1852, into a family of peasants of deep faith. He was a Tyrolean, or more precisely a Ladin, a subject of Franz Joseph, Emperor of Austria-Hungary. The Ladins are a linguistic community spread through several valleys of the Dolomites and served by the diocese of Bressanone. It was in this small town in South Tyrol that Joseph was ordained a priest on July 25 1875. He made the choice to become a missionary and entered the Society of the Divine Word founded a few years earlier by Saint Arnold Janssen (1837-1909).

On March 2 1879 he received the missionary cross from Pope Leo XIII, turned his back on his native land, one of the most beautiful places in the world, and left for China, never to return to Europe. He carried out his mission mainly in the southern Shandong area. China was for him a battlefield and the missionary was determined to fight strenuously for the conversion of a people who did not yet know the true God. “I am by now more Chinese than Tyrolean, I want to remain Chinese even in Heaven,” he writes on February 9 1892.

In 1899 came the beginning of revolt of the Boxers, an anti-Christian secret society backed by the Court of Beijing, under the leadership of Empress Dowager Cixi (1835-1908). The war against the Western presence in China, which began right in Shandong, started in June of 1900 and lasted until September of 1901. Thousands of Catholics were martyred. Among them were the Franciscan bishops St. Antonino Fantosati, apostolic vicar of southern Hunan, and St. Gregory Maria Grassi, apostolic vicar of northern Shanxi, killed together with his coadjutor vicar St. Francesco Fogolla. Fr. Freinademetz defied death, not abandoning his mission. On July 6 1901 he wrote to his brothers and sisters. “The dangers of the past year were so many and so severe that almost everyone, even our missionaries, had already given me up for lost. I was not worthy of martyrdom like the many others you must have heard of, how four bishops, around forty missionaries, and perhaps twenty or thirty thousand Christians were killed. What persecutions, what terrors, what torments! You cannot even get an idea of ​​how much these poor Christians had to suffer.”

It was not long before an alliance of eight nations embarked on an expedition to China and occupied Beijing. The Shandong mission was able to resume its apostolate and Fr. Freinademetz was appointed provincial superior of the Verbite missionaries. The last years of his life were embittered by a painful conflict with his former missionary companion, Johann Baptist von Anzer (1851-1903), whose conduct he did not approve of.

Fr. Freinademetz compiled a memo in which he set out the individual points of accusation against his superior. The Congregation of Propaganda Fide invited Bishop Anzer to Rome, where he died in 1903. The new bishop should have been called Joseph Freinademetz, but Cardinal Kopp, Prince-Bishop of Breslau, employed the veto of the German government against him, because Fr. Freinademetz was Austrian. The missionary did not conceal his disappointment. “However, not so much for the fact that I cannot become a bishop – perhaps no one is more convinced than I am of how foreign this honor is to my thoughts, and I say this from the bottom of my heart – as for that of having been excluded from it in principle.”

On January 18 1907 the South Shandong mission celebrated its silver jubilee. Fr. Freinademetz made this assessment: “25 years ago we started with 158 Christians. Today we have 40,000 baptized and as many catechumens. The Lord is truly good.”

The heroic missionary had seen grow all around him, almost from nothing, a Christendom. The construction of churches, houses, chapels; journeys across rivers and mountains; preaching and catechetical instruction, baptisms and all other sacraments administered; this was aimed not only at the conversion of individual souls but at the Christianization of a people, according to that plantatio Ecclesiae which, as John Paul II recalled, is both a sacramental and institutional work: “It is necessary first and foremost to strive to establish Christian communities everywhere, communities which are ‘a sign of the presence of God in the world’ and which grow until they become churches. (…) This phase of ecclesial history, called the plantatio Ecclesiae, has not reached its end; indeed, for much of the human race it has yet to begin” (encyclical Redemptoris Missio of December 7 1990).

In 1907, a typhus epidemic broke out in China. Fr. Freinademetz, who had done all he could to assist the sick, contracted the disease and his condition rapidly deteriorated. In a letter to his confreres he wrote: “I die with full confidence in the mercy of the divine Heart, in the intercession of Mary, his mother and mine, and of Saint Joseph, my patron and protector of a happy death. May we meet again one day in heaven, all united in aeternum et ultra for all eternity.”

Fr. Joseph Freinademetz died in Taikia, the central house of the Verbites, on January 28 1908, at the age of fifty-six. His body was buried on Chinese soil. Forty-five years later the ancient Middle Kingdom became the communist China of Mao Zedong. His tomb is now a place of pilgrimage, as is his birthplace in Val Badia. Paul VI beatified Fr. Freinademetz in 1975 and John Paul II canonized him on October 1 2003, together with the founder of his institute, Arnold Janssen. Cardinal Thomas Tien Ken-sin (1898-1967), of the Society of the Divine Word, made archbishop of Beijing by Pius XII in 1946 and then forced into exile, always preserved the image of the missionary he had met as rector of the seminary. “One had the impression that nothing could distract him,” he testified. “He was a great man of prayer.” Fr. Divo Barsotti, who was devoted to him, wrote that he lived his missionary vocation “in heroic self-dedication, spending himself without measure for the salvation of that people that God had entrusted to him” (Giuseppe Freinademetz, un cristiano felice, Memi 2014, p. 36).

About seventy letters have come down to us from Fr. Freinademetz, written in Italian and German to his family and to the priests of Val Badia. This correspondence has an extraordinary value, because it shows us what the missionary spirit is in the Church and above all what it means to be a saint. The life program of the Verbite missionary is summarized in a letter dated April 28 1879: “I am not here on a whim or to earn gold and silver, but to earn souls bought with the most precious blood of a God, to wage war against the devil and hell, to cast to the ground the temples of the false Gods, to plant the wood of the cross in their place, to make known to the poor pagans, who are also our brothers, the love of a crucified God, of the Sacred Heart of Jesus, of Mary Most Holy.”

But the most serious problem, for Fr. Freinademetz, is the moral decay of the West. “The greatest scourge for us and for the poor Chinese is beginning to be the many faithless and perfectly corrupt Europeans who are now beginning to flood all of China. They may be Christians but they are worse than the pagans; they care about nothing but making money in order to pursue all worldly pleasures ”(May 28 1902).  “The times are sad,” and “irreligion is assailing the whole world,” he writes on June 25 1905. On the eve of his death, on January 23 1907, he again writes: “The Chinese are not enemies of religion, and if Europe were Christian nowadays as it could and should be, I certainly believe all of China would become Christian. What a triumph for the Holy Church! But the wind that is blowing from Europe is very cold and bad, and therefore it is to be feared that the poor Chinese will remain pagans and become even worse than pagans. This calls for a great deal of prayer.”

If twentieth-century China set up the gospel of Marx and Lenin against that of Christ, the responsibility lies above all with the West. But the invitation of St. Joseph Freinademetz to pray a great deal for China is of even greater urgency and necessity in a historical moment in which the supreme authorities of the Church have turned their backs on the missionary epic in order to seek an ominous agreement with that communist China which today is infecting the world with its poison. Let us therefore entrust our prayers to St. Joseph Freinademetz.