The Immaculate Conception, Fatima and the Reign of Mary 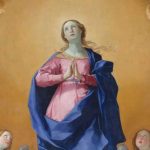 The Feast of the Miraculous Medal, which is celebrated on 27 November, and the Solemnity of the Immaculate Conception on 8 December are ten days apart. However, there is a close relationship between the two feasts. END_OF_DOCUMENT_TOKEN_TO_BE_REPLACED 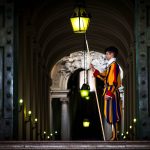 Throughout long talks I had with him between 1980 and 1981, Don Mario Marini, not yet a Monsignor, explained to me that behind the official organization of the Vatican there was a “hidden directorate” headed by Monsignor Achille Silvestrini, whom he called “the Richelieu of the Vatican,” referring to Louis XIII’s Cardinal Secretary of State, Armand du Plessis de Richelieu (1585-1642), who went down in history for his skill in intrigue. END_OF_DOCUMENT_TOKEN_TO_BE_REPLACED