The Removal of a Great Cardinal

(by Roberto de Mattei  Corrispondenza Romana  November 12, 2014) The Pope inasmuch as he is supreme pastor of the universal Church, has full right to remove a bishop or cardinal from his office, even a distinguished one.

A well-known case was the one of Cardinal Louis Billot (1846-1931). He was one of the greatest theologians of the 20th Century, who replaced his cardinal’s hat into the hands of Pius XI, with whom he had had differences regarding Action Francaise, and ended his days, as a simple Jesuit, at the house of his order in Galloro.

Another striking case is Cardinal Josef Mindszenty, who was removed by Paul VI from his office as Archbishop of Esztergom and Primate of Hungary, as a result of his opposition to the Vatican ostpolitk.

Many bishops moreover, in recent years, have been dismissed as a result of their involvement with financial or moral scandals. However, while nobody can deny the right of the Sovereign Pontiff to dismiss any prelate, for reasons he retains the most opportune, nobody can take away the right the faithful have, as rational creatures, even before being “the baptized”, to question the reasons for these dismissals, particularly if they have not been explicitly stated. This explains the disorientation of many Catholics when faced with the news formally communicated by the Vatican Press on the 8th of November, about the transferring of Cardinal Raymond Leo Burke from his office of Prefect of the Supreme Tribunal of the Apostolic Signatura, to the position of Patron of the Order of Malta.

In fact, when the move concerns a Cardinal (as it is in this case) who is still relatively young (66 years old), and comes to pass from a position of maximum importance to another purely honorary, without even respect for the rather questionable principle promoveatur ut amoveatur, we find ourselves evidently faced with a public punishment. Yet, in this case it is legitimate to ask ourselves the nature of the accusations made against this prelate. Cardinal Burke, in effect, carried out his role in a commendable way as Prefect of the Supreme Tribunal of the Apostolic Signatura and is esteemed by everyone as an eminent canon lawyer and a man of deep interior life; he was recently defined by Benedict XVI as a “great cardinal”. What is he guilty of?

Vatican observers of the most diverse tendencies answered this question with clarity. Cardinal Burke has been considered guilty of being “too conservative” and in disagreement with Pope Francis.

After the wretched report by Cardinal Kasper at the Consistory of the 20th February 2014, the American Cardinal promoted the publication of a book wherein five respected cardinals and other scholars voiced their respectful reservations on the new Vatican line open to the hypothesis of allowing communion for the divorced and remarried along with the recognition of de facto unions. The concerns of these cardinals were confirmed by the Synod in October, when the most perilous theses, along orthodox lines, were even gathered into the synthesis of the works that preceded the final report. 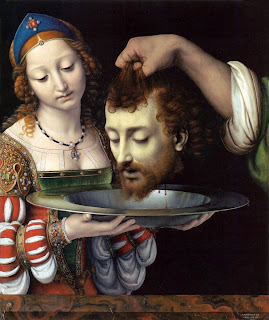 The only plausible reason is that the Pope has offered the head of Cardinal Burke on a plate to Cardinal Kasper and, through him, to Cardinal Karl Lehmann, the ex-President of the German Episcopal Conference. Everyone knows, actually, at least in Germany, that the one who is still pulling the strings of dissent against Rome is precisely Lehmann, an old disciple of Karl Rahner. Father Ralph Wiltgen, in his book The Rhine Flows Into The Tiber, highlighted Rahner’s role in the Second Vatican Council from the moment the Episcopal Conferences carried out a determining role.

The Episcopal Conferences were dominated in fact by their theological experts and since among them the most powerful were the Germans, the role of their principal theologian, the Jesuit, Karl Rahner, was decisive. Father Wiltgen sums it up efficaciously, describing the power of the progressive lobby united in what he calls the “European Alliance”. “Since the position of the German Bishops was adopted by the European Alliance and again, given that the position of the Alliance was generally accepted by the Council, it was enough for one theologian alone to convince the German language Bishops of his personal ideas so that the Council would make them its own. This theologian existed: Father Karl Rahner of the Society of Jesus.”

Fifty years after Vatican II, Rahner’s shadow is hovering once again over the Catholic Church, making his voice heard in the pro-homosexual positions of some of his followers, younger than Lehmann and Kasper, like Cardinal Archbishop of Munich, Reinhard Marx and Archbishop of Chieti, Bruno Forte.

Pope Francis has made statements against the two tendencies of progressivism and traditionalism, without however clarifying what these two labels encompassed. Yet, if by words he distances himself from the two poles which confront each other in the Church today, by facts all tolerance is reserved for “progressivism”, while the axe falls upon what he defines as “traditionalism”.

The removal of Cardinal Burke has an exemplary significance comparable to the ongoing destruction of the Franciscans of the Immaculate. Many observers have attached the project of the Institute’s dissolution to Cardinal Bras de Aviz, but today it is clear to everyone that Pope Francis fully shares that decision. It is not about the matter of the Traditional Mass, which neither Cardinal Burke nor the Franciscans of the Immaculate celebrate regularly, but it is about their position of nonconformity to the dominant ecclesiastic politics of today. Then again the Pope entertained at length the representatives of the so-called “Popular Movements” of ultra-Marxist orientation, which gathered in Rome from 27th to 29th of October, plus he nominated consultant to the Pontifical Institute for Culture, an openly heterodox priest, a certain Father d’Ors.

We wonder what the consequences of these politics will be, keeping in mind two principles: the philosophical one of the heterogeneous of the ends, for which certain actions produce effects contrary to the intentions, and the theological principle of the action of Providence in history, through which, according to the words of St. Paul omnia cooperantur in bonum. (Rom 8.28). All things in the designs of God work for the good.

The cases of Cardinal Burke and the Franciscans of the Immaculate, like the one of the Society of Saint Pius X (although on a different level) are only signs of a widespread malaise which makes the Church look like a ship adrift. Yet even if the Society of St. Pius X were closed down, the Franciscans of the Immaculate dissolved or “re-educated” and Cardinal Burke reduced to silence, the crisis in the Church would not cease to be grave.

The Lord promised that the Barque of Peter will never sink not due to the skill of the helmsman, but because of the Divine assistance to the Church, which, can be said, lives amidst the tempests, without ever allowing Herself to be submerged by the waves (Matt. 8, 23-27; Mark 4, 35-41; Luke 8, 22-25).

Faithful Catholics are not discouraged: they close ranks, direct their eyes to the perennial and immutable Magisterium of the Church, which coincides with Tradition; they look for strength in the Sacraments, continue to pray and act, in the conviction that in the history of the Church, as in the life of men, the Lord intervenes only when everything appears lost. What is asked of us is not resigned inaction, but a confident struggle in the assurance of victory.